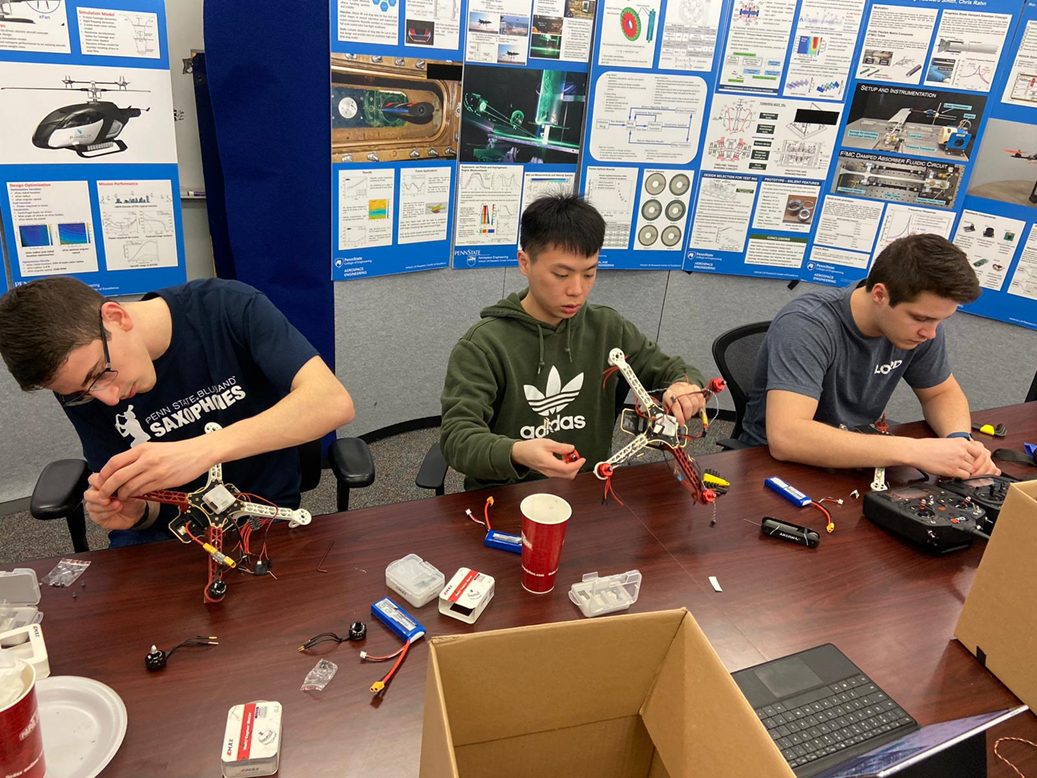 The Penn State Chapter of the Vertical Flight Society held its inaugural MAV Workshop on February 8th, 2020. The event was made possible by the contributions of the Vertical Flight Society, and the event was co-hosted by the Penn State Autonomous Robotics Competition Club, which provided expertise and volunteers to facilitate the event. Free pizzas were provided to all attendees (fifteen) and volunteers.

The purpose of this event was to provide hands on experience in flying autonomous aerial robots. Undergraduate students were the main focus of this workshop. The talent pool that we generate through this workshop and future workshops will result in a larger delegation attending competitions like VFS MAV Student Challenge. Additionally, through engaging more undergraduate students in design and operation of MAVs, we hope to have more students choosing to build their careers in the area of vertical flight.

The event was held in Engineering Unit C on the Penn State campus. There were two learning stations: the first focused on assembling a quadcopter from scratch using off the shelf components, while the second station focused on autonomous flight. The students were divided into six different groups.

The latter three groups started with the second station. Each of the groups was given a pre-assembled quadcopter. They learnt how to implement control algorithms on the pre-assembled quadcopter to be able to fly the quadcopter autonomously. They were also given a task to accomplish via autonomous flight. They had to make modifications in the software provided to them to accomplish the task.

The groups interchanged their stations once they had completed the tasks at their respective stations. By diving the workshop in two station we were able to efficiently utilize our hardware. Additionally, since each group had at most three individuals, every student had a lot of guidance from volunteers, who provided troubleshooting and other support.

The event was very well received. One of groups was able to accomplish the set task for autonomous flight using the pre-assembled quadcopter and implementing their own code. All the participants showed interest for a follow up workshop get more hand-on experience with the autonomous flying task. 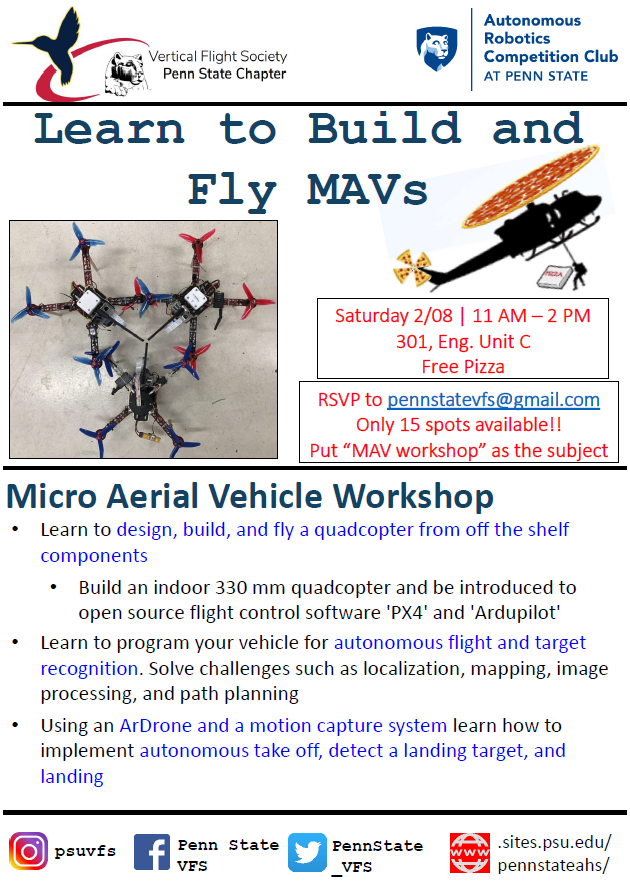