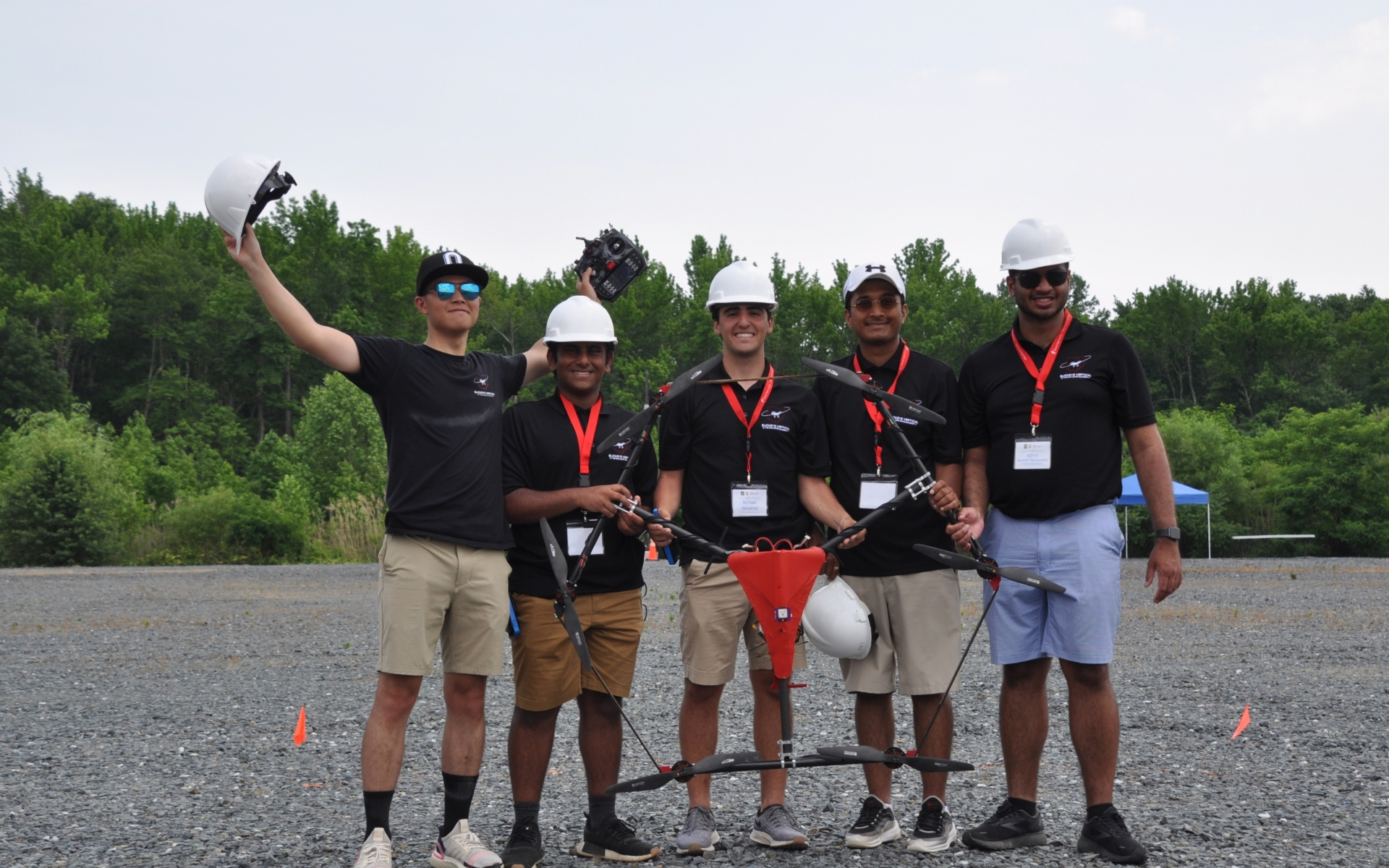 The annual remote-control, electric-powered vertical takeoff and landing (VTOL) DBVF competition seeks to encourage student interest in unmanned aircraft technology, and small air vehicle design and fabrication. The competition is designed to develop hands-on skills and familiarization with electric VTOL and advanced air mobility (AAM) technology at the university student level, helping to prepare the next generation of engineers and leaders to push the limits of this exciting technology into the future.

The 2021-2022 request for proposal (RFP) challenged the teams to build an electric VTOL aircraft weighing no more than 15 lb (6.8 kg) and capable of carrying a payload of at least 2 lb (0.9 kg), with sufficient endurance to complete the demanding competition requirements. In addition, the aircraft had to be capable of flying manually and autonomously. The RFP and other information are available at www.vtol.org/fly.

The final flight competition was held June 1-2 at the US Army’s Combat Capabilities Development Command (DEVCOM) Army Research Laboratory (ARL) Robotics Research Collaboration Campus (R2C2) near Aberdeen, Maryland. The three teams that made it to the flyoff were Ohio State, University of Maryland and Penn State. They contended with 100°F heat index, high humidity and gusting winds.

The Vertical Flight Society encourages universities from around the world to form teams and take part in this exciting and challenging competition next year. Preparations are already underway, with the flight-testing portion of the competition planned again near Aberdeen, Maryland, next spring. Details of the competition will be announced this summer on www.vtol.org/fly.